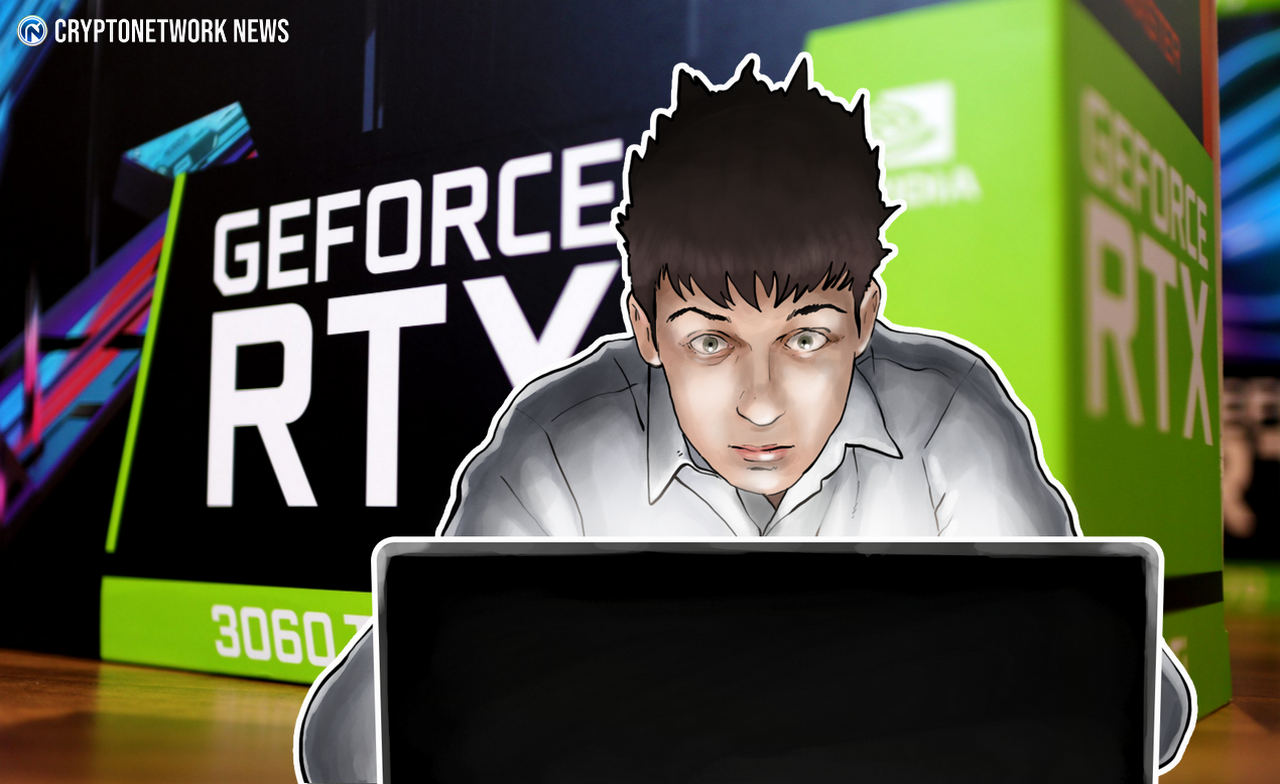 Nvidia’s newest GeForce RTX 30 laptops have come under the sights of Crypto-miners in China for mining Ethereum (ETH).

As claimed by estimates, one GeForce RTX 3060 laptop can conceivably create up to around 2.3 ETH per year ($3,900) at the current price. That itself can cover up the cost of the laptop and energy costs in China.

Nvidia’s new GeForce RTX 30 gaming laptop initially entered the market on Jan. 26, priced between $1,000 and $2,000. Since its release, the laptops gained significant attention from the crypto mining community with reports of bulk acquisitions from Chinese GPU miners. On Feb. 6, a Weibo user posted a series of images that showed GeForce RTX 30 series gaming laptops making up a crypto mining farm.

The picture in the post represented dozens of laptops piled up on racks, hinting a mining farm was set up using the new Nvidia’s New GeForce RTX 30 laptops specifically for mining Ether (ETH).

Normally, it’s only possible to mine cryptocurrencies successfully with desktop GPUs sold alone. Prebuilt systems and laptops include components that aren’t miner friendly. It doesn’t seem to hold due to the improved performance offered by Nvidia’s new GPU releases.

A recent fun video by a Bilibili user showed how easy it is to mine cryptocurrency on a laptop outfitted with a new RTX 3060 graphics card. Using a laptop plugged into the wall socket at Starbucks, the user reportedly mined 0.00053 ETH (worth an estimated $0.89) in just two hours.

ETH price spikes have been historically linked with higher miner rewards, created mostly through the high gas fees. On Feb. 5, the average gas fees of Ether peaked to at an all-time high of $25 amid Ethereum breaking above $1,700. Meantime, Ethereum is set to shift a Proof-of-Stake blockchain. This implies that the Ethereum mining community will have to find other options to generate rewards.

Related story that you may have missed:

To get the latest Cryptocurrency, Blockchain, and Crypto-mining news, please join our Telegram Channel

Bitcoin for All Firms

Draw A Line Between Cryptocurr..